Body becomes bigger and the wings become smaller, considering the angels. Now, the angel has an attitude of indifference over the reality around him and the explanation consists in the tension between the aspirations of man and his. And thus, we have now that sadness of the man who can count who can control. It is never enough: The Renaissance desiderata are that of renovatio hominis , the renewal of man having as, models that of The Courtier by B. Cotiglione and The Prince by N.

These models could be interpreted as the way in which the new conception of Renaissance has imposed to the world. For instance, in The Courtier is shown how a man can become successful in life, rich and admired. He could be thus if he cultivates his mind and body. In this idea we see a return to the Antiquity. It is idea of hedonism , belonging to the Greek world. The interest is placed on the pleasures of this life. As in painting, there is discovered the glorification of the life on the Earth, the enjoying on the pleasure of this life: For these people, to conquer the world has to develop their capacity of mind through culture. 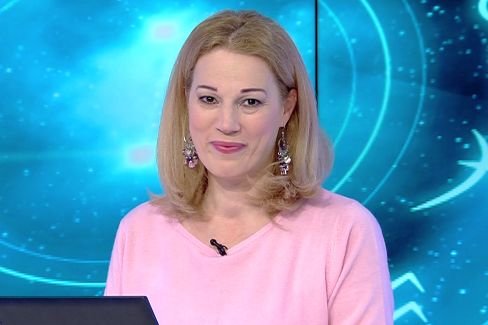 Culture gives the people the possibility to have an interesting conversation, to refuse feelings, to develop their wit, to control their emotions. It is a time when man wants to rich that harmony between soul and body. The genius becomes the one possessing the art of deceit. A good ruler should be cruel but clever to keep the people in submission.

His crown is the power over the others. In this period wrote Shakespeare. The problem that he puts is the power too, but in a elevate style and which remained an extremely fascinating theme in our century. The historical plays have a very special place. To place the English play in a time setting has always been the least difficult problem. Although a lot of efforts have been made, it has not been easy to define it as a distinct literary type.

The endeavor to do it in a satisfying way has, at any rate, to take into account in fact that a definition has to be formulated not only on the grounds of our present knowledge but also on the basis of contemporary Elizabethan conceptions.

These plays tell about the historical time, but the facts are changed in order to achieve a better entertainment. In Shakespeare s historical plays, the crown is the symbol of power. In the trilogy Henry IV part I, II and Henry V, the crown gets a moral significance in the sense that this object, designating power, acquires a threefold value: For instance Richard III , it becomes obvious that the first scene of the play reveals pattern of events.

These events are Richard s tactical moves in order to usurp the crown of England. Furthermore, all these events are characterized by physical and psychological violence: One by one, Richard overpowers his victims. After initiating the conspiracy against Clarence, the execution of Rivers, Gray, and Vaughan, and of Hastings follow and leave a trail of blood. What is presented here, of course, is a chain of historical affairs which are very important. To some extent these may be seen as accumulation of the historical facts, thus, they can be related to the purpose of creating historical play to serve a strong popular desire of Elizabethan people that of being instructed in the events of history.

On the other hand, in these scenes the act of brutality and violence is underlined and not so much the political or historical relevance of the deeds. What comes to the fore are not the crimes of a tyrant against the law and order of a country. The audience is shocked by. There is no doubt that all his victims are persons of high status and have an important position in the hierarchy of the court.

Richard, as a Machiavellian temperament urges him to get the throne of his uncle by means of cunning and murder. He sacrifices his brother and nephews in order to fulfill his dream of power. On first sight, the events in Richards III seem to be guided by a simple process of divine justice, dispensing rewords and punishments, and with Richards as God s instrument and executor.

Along the play, Richard proceeds in a ritual of destruction that grows in power until him self as the destroyer is destroyed. In the final act of usurping the crown, it is not Richard s crowning that Is shown, but the proceedings of the election by which he reaches the crown. This monster and this cripple who aims to transform the world into mirror of his own ugliness, becomes a scourge of God.

He concentrates all the evils around in one person- that is in himself. Like a magnetic power he attracts all the dark and absorbs it within, he destroys his enemies until he remains alone, the only malignant character on the stage. At this moment Henry Richmond comes and his army defeats, the monster bringing peace and putting an end to The War of the Roses. What gives Richard a heroic status, despite his cruel deeds is his detachment and ironic comments on his own acting.

Both a spectator and an actor, Richard is able to make an anatomy of power and ponder on the rise and fall of a king seduced by ambition. For him the crown is an attribute of material power that he is ready to give up in order saving his own life. The famous words My Kingdom for a horse show what value does Richard place on a king s social and moral responsibility towards his people.

The plot of Henry IV is an outgrowth of the dramatic historical events of England s past. As a result of a civil war in England, Henry managed to win the crown from Richard II, the previous king. Henry is now haunted by the violence that he used to gain the crown, and he must fight another civil war to stay in power, In addition to the externa! In a scene, we see King Henry in his nightgown, unable to sleep, lamenting that uneasy lies on the head that wears the crown IV, V, This scene exemplifies the mental state of Henry, He is depressed, afraid, and suspicious of everyone, even his son.

His disturbed conscience is most likely a result of ordering the murder of another human being, but it also stems from his realization that he does need the divine right to rule- a truth that he ignored on his journey to power.


His mental unrest is a consequence of to the guilt he feels over usurping a crown. A crown is intended only for those who are ordained by God through the law of primogeniture. Because he is not the rightful heir to the throne, Henry s reign is tainted with disorder; both civilian and psychological.

These problems hurt the nation- this is why Henry fails as a king. Although he is a strong, intelligent leader, and has whole the savvy to fulfill a successful ruling. The fact that he is illegitimate hinders his ability to be the perfect monarch. The Image of the crown might also be interpreted when the possessor of the crown is a woman, respectively Cleopatra, the conqueror of Egypt. This time the power of this character from Shakespeare s play Antonio and Cleopatra , lies in love. Love gives to the queen marvelous control levers over life.

That man who possess on the territory of this feeling seems to be unable to have his powers at his or her disposal. This is what happened to Cesar, to Antonio and Octavian could have been very close also. Cleopatra rules the world after she has ruled the souls of powerful men.


When an event destroys the meshes of her love for instance when Octavia marries Anthony , she becomes ruthless and bad, being ready to kill the messenger who brings the news. Inside her true nature dwell both the danger and courage. The crown is no longer an attribute of material power in this case, as it was for Richard III, for instance. The crown is an attribute of spiritual power here, of possessing love. Her womanly heart is her real face and not her crown. Nevertheless, this heart will destroy Anthony s manliness. He will renounce to honor and he will follow the fleeting Egyptian ships where Cleopatra is on.

The crown could be here an image of womanliness and therefore the exhibit of a paradox, of an antithesis: The symbol of the crown has these two valences: The answer goes without saying Cleopatra is a demon. Her love is morbid because it brings dishonor and death, because the queen depreciates her lover through her love and makes Anthony to break off relations with his duties.

The crown is here the symbols of passion, a passion that becomes a drug. The crown Is Cleopatra s nature itself: This is a dualism of tenderness and cruelty and these two valences mastered by Cleopatra are drawing near and then are separating always under a new shaping. Her tragic passion dominates the existence like a crown. That is why, when this existence is broken off, the crown is the only one which remains.